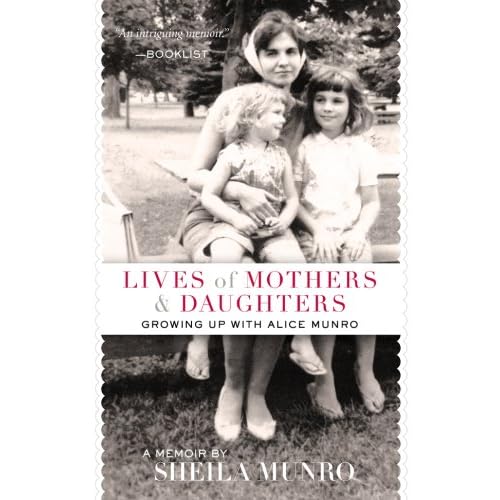 A while back, in some of my diary entries for my Amorous Woman New York Book Tour, I noted that I almost saw Wallace Shawn and I actually did see Tom Hanks' son in French Roast, the restaurant where the "In the Flesh" erotica gang partied through the night. I mentioned then my interest in the cult of celebrity as a sociological phenomenon, especially when it's watered down to include progeny. Not that I am immune to our society's celebrity madness, but there is a part of me that's standing back and watching my own foolishness. Why else would the fairly ordinary young man reading the newspaper in a New York breakfast joint be of interest except that he was made with a famous actor's sperm?

I'm currently writing a new story set in L.A. in which I play around a bit with the cult of celebrity in a minor way (on several levels), and so the topic is fresh in my mind. I've always been both amused and horrified that guys who play doctors on TV get letters from fans asking for medical advice. Of course, medical science is in itself a cult of faith and perhaps advice from Dr. Marcus Welby, M.D. can work as well as a placebo and better than many so-called real pharmaceuticals in curing our ills. It gets a bit more dangerous when we elect actors-turned-politicians based on their movie personas, however.

While famous writers might avoid the worst of celebrity madness in that fewer people recognize them on the street (I know Wallace Shawn from My Dinner with Andre), they don't seem to escape the multiple marriages and other hazards of a life where you get what you wish for. This includes, naturally, the impact of mom or dad's success on their children. I realize that one of the unavoidable elements of an Ivy League education is that you constantly come in contact with the products of famous sperm and eggs. I had brunch with Adam Bellow. Made a lesbian pass at Betsy Mailer as part of a beginning acting class (the sadistic teacher assigned me the role of a stripper thinking it would be a stretch, but I performed well and was secretly thrilled to tweak the manhood of American literature's bantam rooster in such a weird way). The list of encounters that bumps up my "degrees of separation" star power goes on, but why not stick with the literary greats?

It makes for a good story, but really, when it comes down to it, these famous spawn deserve our sympathy. Betsy Mailer spoke a lot about her father in the acting class, and the sadistic teacher made her act out a scene where she had to defend her thesis about her father in front of three really mean professors. The guys acting the roles of the professors played hardball, too. But even in my rehearsals with Betsy, where we gamely puffed on herbal cigarettes to give us that proper stripper ennui and I asked her--over and over again--if she wanted to go to bed with me, she never opened up to me about what it's really like to be the child of a celebrity.

Thanks again to Amorous Woman, and my reading at a Great Good Place for Books where I was allowed to choose a book from the store as a thank-you, I recently got a poignant glimpse into the torments of a celebrity childhood. The book that leaped out from the shelves saying "take me!" was Sheila Munro's memoir of her mother, Lives of Mothers and Daughters: Growing Up with Alice Munro. Alice Munro is my favorite writer (I'm hardly alone in this), and I've always wanted to read a biography of her, but thought I'd have to wait until she died. Instead, Alice authorized her daughter to write her first extensive biography, giving intimate interviews and watching the grandkids while Sheila worked on the book. I discovered that much of Munro's work is autobiographical (no surprise) and that even this great writer had her moments of doubt and writer's block. In other words, she is very human.

When I went to write my Amazon review, I noticed that the only other review expressed disappointment that the book has so much about the mother-daughter relationship at the expense of focusing on the Great Alice, as if she could exist apart from her family. This is to be expected, but it touched me all the more because it came fresh upon the poignant confession at the end of the book where Sheila talks about how difficult it is to be a writer in her mother's shadow. One ambitious young man in a writing group critiqued Sheila's story and tore it to shreds, cruelly and completely. Then he asked her if she could pass on one of his stories to her mother with a fan letter.

The cult of celebrity makes fools of us in many ways, and this is certainly one of the saddest examples.

Here's my review of Sheila's book. Thank you to her for having the courage to take those famous eggs and make a very nice omelet :-). (Side note: "supersede" is reportedly one of the most misspelled words in the English language. I spelled it right.)

"Tell all the Truth but tell it slant." It's significant that Sheila Munro chose to open her memoir with this poem by Emily Dickinson, because this is exactly what she offers us--a distinctively honest and unique perspective on the great short story writer, Alice Munro. An exhaustive official biography this is not, nor does it supersede Alice Munro's own largely autobiographical stories as a way to connect with her magical literary sensibility. However, it does give us fascinating insights into what it is like to be intimate with the famous writer as a daughter and friend. Sheila Munro is a fine writer in her own right and she takes risks in style and organization--I happened to enjoy this and found it made for an enjoyable, thought-provoking read. The family photographs alone are worth the price, but it was equally inspiring to learn about Alice Munro's human side: her bouts with writer's block, her struggle with the "double life" of motherhood and writing, her charming reticence about her many awards. As an aspiring writer myself, I realized all women writers are daughters of Alice Munro in a way. We work in her shadow, but like Sheila Munro, we can also use her example to create valuable works of our own. A must for Alice Munro fans and aspiring writers.
Posted by Donna at 2:42 PM

I need my own personal bookstore.

It truly amazes me how people treat celebrities in general, but the tale of the critique, followed by a request to deliver fan mail is amazing.

I've never thought a great deal about the progeny of the famous, but that tale is a real dose of perspective. I feel for how difficult it must be for them; so much of what comes "their way" could ultimately be directed at their parent.

How to filter that when you're young and just struggling to get a sense of self?

I would only edit an and aspiring from:

As an aspiring writer myself

unless you meant the third meaning of aspire which is to soar.

You delight and inspire us constantly with new and fascinating thoughts. One minute you're making my mouth water for rich creamy greek yogurt, the next it's all about You and us, and now Sperm... and Eggs!

It's difficult growing up in the shadow of any successful parent and one can only imagine how difficult it must be to try and flourish as the child of someone like Alice Munro. I will definitely add this to my reading list. Thank you for highlighting it and I look forward to your new story as well.

What a lovely and thoughtful post, Donna. Thank you for sharing.

Hey, Robin, I think we're on the same reading plan!

And Craig, I don't think much about famous people's kids either, but in the case of writers, it does hit closer to home. I just saw a documentary about Marvin Gaye and jeez, success really is poison in a lot of ways. Best to just love what you do!

ER, Isabel, and Emerald, thank YOU for stopping by and reading my quiet-girl musings ;-). This isn't exactly a "you must buy this book" post. It's more of a low-key protest against people who do stupid things in the glare of fame. It's something we all have to deal with on some level in the arts. It was very touching how the Great Alice herself knew this and helped her daughter. As a writer-mother myself, I can't understand how people couldn't see what a very cool thing this is to have a daughter's perspective!

wow I knew nothing about this book. I love reading about the lives of writers (and of mothers and children), and of course I adore Munro--so thanks!