The Best of Donna George Storey!


The writing life is all about stories, both the stories we tell and the stories we tell ourselves about the writing process itself.  I've wanted to be a writer for as long as I can remember--since first grade at least--but realizing that dream took a few more decades.  And of course, I had no idea at age six what sort of stories I'd be publishing!  That realization came about fifteen years ago as I was reading The Mammoth Book of International Erotica, edited by Maxim Jakubowski.  I'd read some literary erotica, like Anais Nin (whom I liked) and Henry Miller (whom I didn't), but this anthology included such a variety of voices, all of them good in their distinctive way, that I was inspired to try and write an explicit, sexy story myself.  I hoped I would be published eventually if I worked hard, but even with my fertile imagination, I never would have guessed this day would come:  a short story collection of my own, Picture Perfect: Mammoth Books Presents the Best of Donna George Storey.

The ebook brings together six of my stories that have been published in previous volumes of the annual Mammoth Book of Best New Erotica.  I suppose it shouldn't be a surprise that every story has special significance to me.  They indeed represent the best of my erotica writing throughout my career.

"Blinded," although revised over the years, was the very first erotic story I ever wrote.  It took me over a year to be satisfied enough to send it out to editors.  It was roundly rejected for about another year.  Then the editor of a small literary magazine, who also worked at Playboy's Cyber Club, wrote me to say he was accepting it for his journal and that what I'd written was far better than the stories he saw on the site.  Since then the story has been reprinted many times, thus it is fitting it should open my best-of collection.

"Just Words" first appeared in Violet Blue's Best Women's Erotica 2007.  I'm a huge fan of sexy dialogue.  Words alone can do a lot for me, which is not surprising for an erotica writer.  So I decided to try a phone sex story, and I'm quite happy with the result.  Join in the fun and you might even pick up a new bedroom trick or two....

"Being Bobby" is based on a cute (I hope) habit of mine back in college of dressing up in my boyfriend's clothes.  Except in this story, the clothes have a mind of their own.  The setting as well as the teenage misdeeds are based on the dorms at Princeton, in particular Holder Hall, once known as the sophomore ghetto, where the bathrooms and showers were all located in the basement.  Cold going down there on a winter morning in your boyfriend's clothes....

Last and not least, "To Dance at the Fair" was first published in print in Rachel Kramer Bussel's Dirty Girls: Erotica for Women.  It's a special pleasure to have this story in my best-of book because it's one of my favorites.  For me sex is not just a physical act.  It's about fantasy and memory and mystery and connection.  This story explores those themes when a divorced female professor takes advantage of her new status to get closer to some old colleagues.

So, that's the rundown of Picture Perfect.  If you enjoyed the book, please consider writing an Amazon review and posting the same review on the publisher's website.  Also "liking" the Amazon page and adding votes for the tags is a nice way to help a struggling author put her best book cover forward on the Internet marketplace.
Posted by Donna at 2:16 PM 4 comments: 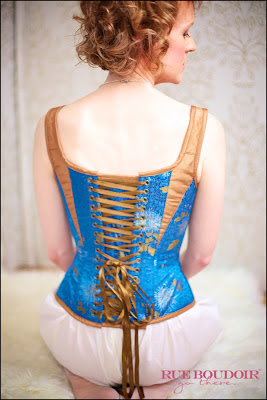 The fireworks continue today for me with my guest appearance at the delightful blog of Justine Elyot (aptly named "Guilty Pleasures") as part of the blog tour for Bound by Lust: Romantic Stories of Submission and Sensuality, edited by Shanna Germain.  Justine is one of my favorite erotica writers, so it was a special pleasure to hang out in cyberspace and chat about juicy topics like the reasons why sexual power play is such a hot theme, the inspiration for my Bound by Lust story "Spring Training," and just how far erotica writers should go in expressing their erotic fantasies.  Check out our discussion and check out the wonderful book!
Posted by Donna at 9:49 AM 1 comment:

The Perils of Publication 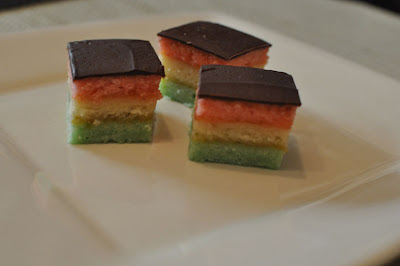 Happy July!  That means it's time for another installment of my column, Cooking Up a Storey over at the Erotica Readers and Writers Association.  This month I discuss the "Perils of Publication," namely how the focus on external validation can distract a writer from what's really important in the process.  Speaking for myself, it took far too long for me to examine my own assumptions about what publication and success in the marketplace means.  It's not an easy process, but the rewards are great--just as they are when you take on the complicated, but delicious recipe I highlight this month for Venetian cookies.  I always get rave reviews for these colorful treats, and many people have told me they are their favorite cookies ever.  Thin layers of almond cake sandwiched with apricot jam and glazed with semi-sweet chocolate--pure heaven.  So go ahead and take a bite!
Posted by Donna at 11:16 AM 4 comments: