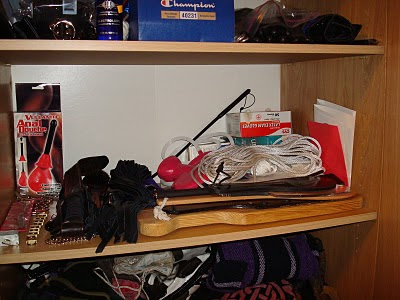 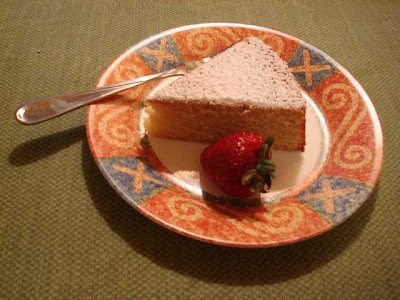 It's a busy morning in the kitchen today as I whip up some of my famous Mexican chocolate brownies for an annual all-day-and-night "Games Party" friends give to celebrate the coming of autumn. But I'm also virtually baking up one of my signature treats for a very special cyber-friend, Danielle De Santiago, who is celebrating his birthday today (Germany time).

My almond cake is the perfect way to fete Danielle, because they have so much in common. Eating this cake makes you feel sensual and sophisticated, yet there's an elegant, straight-shooting simplicity to the pleasure, too. Like Danielle, it's easy to love and you'll always look forward to the next time you can be together. The erotica world is very fortunate to be blessed with Danielle's generous spirit and inspiring appreciation of beauty and everything delicious. (My dream some day is to have a taste test of his homemade chutneys!)

So, have a very Happy Birthday, Danielle! And best wishes for a creative and fun year (and decade) ahead. Women definitely get better with age, but I hear it's true for men, too!

(If you want the recipe for Danielle's birthday cake, scroll to the bottom of this "Cooking up a Storey" column).
Posted by Donna at 9:13 AM 2 comments:

Can Erotica Change the World? 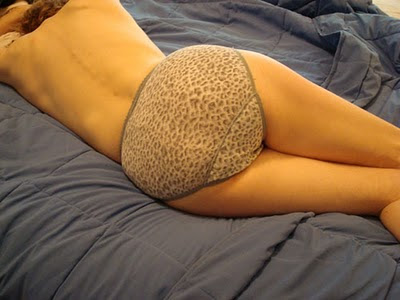 Is it possible to change the world one dirty story at a time?

Can you believe it's September already? The kids are back in school, and now I have no excuse not to do lots and lots of writing. I'm sure I'll find plenty of excuses anyway, but one reason to get serious is so that next month I don't have to confess to the ERWA community that I've been a slacker. That's what I had to do this month in my "Cooking up a Storey" column, "Talkin' About an E-Revolution: The Death of Publishing, Great American Novelists and "My Way" Fresh Salsa." I also talk about those nasty Voices that tell you you're no good and your work will never be published. Oddly, I still hear them, even though I have been published!

And while the image of the "great American novelist" might not seem related, I believe it is, because that's exactly what the mean Voices use against me. "You'll never be the great American novelist." Perhaps this is a defensive move, but having a nodding acquaintance with the embracing and generous idea of "feminisms" versus "Feminism," I really can't support a view that chooses one or just a few "great" voices that speak for our culture. Especially when all of those voices belong to white males. White males don't speak for me. They are unable to speak for me. And I don't want anyone to speak for me anyway, so it's all okay! Publishing has its problems, current and ongoing, but since a mouthful of delicious fresh salsa can solve any problem, I'd say my column this month has a very happy ending indeed.