The Writing Life: Simmered or Sauteed? 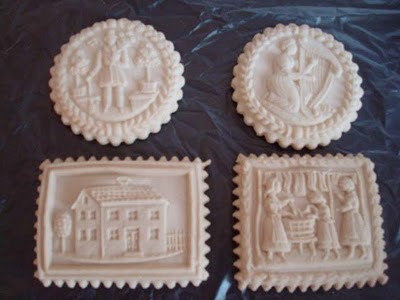 I have some very good news! I started off the new year pledging to spend quality time on my second novel, and so far I’ve been keeping my resolution. It feels so good. Of course, some things had to give and one of the major things was my blogging and Internet time, so that’s why you haven’t seen me around for a while. I sensed that Blogland took the same energy I use for my writing, and if my renewed productivity is any indication, I think I was right on target.

But my plan is not to disappear completely. I’m going to take a page from fellow erotica writer Craig Sorensen and post a short, but hopefully thought-provoking blog once a week(end). To keep focused, I’m generally going to be talking about my writing process and what’s different about writing a second novel. Since almost everyone wants to write a novel (a screenplay is rather like a novel), whether first, second, or whatever, I’m hoping my confessions will be of interest to you no matter where you are in your own process! If you have comments or words of advice, please feel free to share your wisdom. I need it! 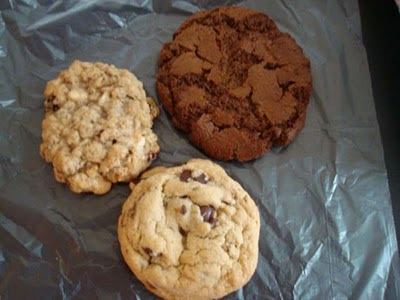 This week I’ll start with a very simple observation about how I seem to create new work. You may have been wondering about the purpose of the cookie pictures. No, it’s not just food porn, although that always has its charms, but I was thinking I could use the photos from the travelblog I probably won’t finish to illustrate my point. On the way out of Amish Country, we stopped at the Springerle House in Strasburg for some edible souvenirs. I had to buy three different flavors of the beautiful springerle specialties, of course, but they also had “regular” cookies, including cranberry white chocolate drop cookies (top left in photo). My family split each cookie four ways when we reached our hotel right off the Mall in Washington.

The results were surprising. The vanilla, lemon and orange-flavored springerle—these three "renegade" varieties had called to me most from the bakery case--were bland with a sandy texture (and not in a good way). The best of the lot was the anise, the traditional flavor, which I assumed my kids would hate. But the moist-sand texture worked well with the spark of licorice, and as my son said, “Springerle were meant to be like this. You can tell.”

We then moved on to the “ordinary” cookies, the ones that weren’t house specialties. And what do you know, they were really superior! Buttery, moist, complex in flavor. The cranberry were special favorites. I’d make a trip across town for these cookies. To think most patrons would just buy the good-looking, famous cookies and would miss the chance for the truly quality sensual experience.

Appearances can be deceiving, and I might launch into a discussion of looksism and celebrity, but I have another point to make about surfaces and depth. Indeed I made a delightful discovery about my new novel. I thought I was neglecting it for a year, but in fact, subtle, quiet things were happening. Once I opened the door and started paying active attention, whole scenes leaped into my head, characters came forward to reveal their secrets, then they got to chattering away with each other in the most illuminating way. Yes, I would be much farther along if I’d given them more time last year, but somehow they’ve been getting their job done without me.

For me writing takes a lot of time. Sometimes the work happens on the page through dozens of drafts. And sometimes more of it happens in my head as I replay and rethink the story on my morning walks, in the shower or while I’m doing the dishes. Sometimes the story is actively sautéed on the front burner, sometimes it simmers in the back, getting richer and thicker all on its own. Since it’s soup season, I suppose it is especially appropriate that I'm tasting the fruits of the latter approach.

The truth isn't always what you see. We all know to look beyond the obvious, but--obviously--sometimes I need a little reminding.

Well, thanks for listening. See you next week with another artist's update!
Posted by Donna at 9:01 AM

What a cool observation about depth through the art of cookie making and sales!

And regarding how stories can simmmer in your head, I think one of the benefits of this is that the story is more refined when you get to writing it.

Of course I've had front-burner stories that I wrote as it formed, and these are fun to write, but some of the most enjoyable are those back-burner ones that form in your head, and when they come out, are more "complete" and require less editing.

It's great to hear what's going on with your writing, and I look forward to further updates.

Thanks so much, Jeremy. I know I'll need a lot of cheering on over the next months/years (gasp).

And, yes, Craig, there is something especially satisfying about getting those long-gestating stories on paper. Maybe I feel more "inside" the story, it's part of me, and there are definite refinements that happen. But I suppose we'll see this time....

I love this observation about writing and your process. Indeed, it seems to me things are about so much more than just the overt tangible "product." Congratulations on the work you've done!

I remember when I was in grad school for the MFA that I did not receive, one of my beloved poetry professors spoke to this kind of thing in class once. He said, completely seriously, "Composing poetry is about more than writing it down. If I spend two hours looking out a window [in the process of creating a poem], I consider that work." Beautiful.

Thank you for sharing, Donna!

Well, you'll never see me around an MFA program, lol, but your professor did indeed share words of wisdom. One of the many things I love about writing is that "it's all material," every single waking second, with an emphasis on the being awake part, even when you're daydreaming. And right now it really struck me that it's not a kind of mercenary "using" of our lives as material, it's a way of making meaning and form out of our attention to life that is the "use." Really what distinguishes us from other earthly beings is not our intelligence, cause dolphins and dogs and such are pretty smart. It's that we tell stories, no?

Thanks so much for adding to the savory stew!

glad to hear you are "noveling" so focused and have fun with it..and please please please share ur thoughts on how it is different to write a second novel because you know i m in the same boat...:-)